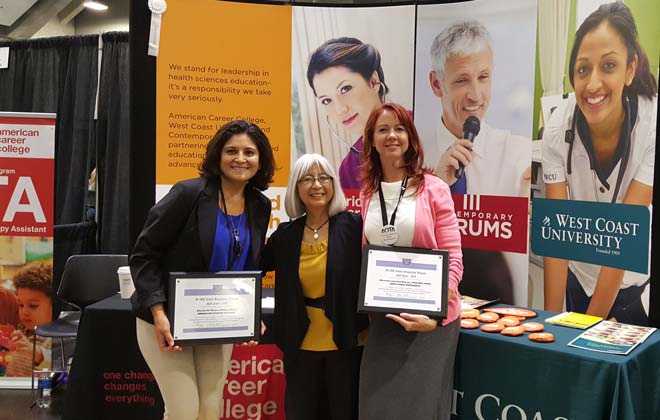 “The combination of the two brands under the 'We Stand for Health' platform looked amazing,” Sandra Villafan, High School Admissions and Outreach supervisor, said. “This is a true representation of the collaboration between the two schools.”

The interactive booth stopped OT clinicians in their tracks, with many wanting to participate in the game for a prize.

“Several people were surprised to see that the two schools were related, and wanted to hear more about the affiliation,” Villafan shared.

West Coast University’s MSOT student volunteer served as a great ambassador for both the ACC OTA and WCU MSOT program, and engaged conference attendees throughout the event.

“Being at OTAC conference as an occupational therapy student affirmed that this is where I am suppose to be,” WCU MSOT student Jennifer Robles shared.